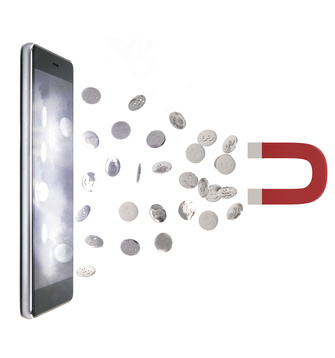 Soon after I bought my first smartphone I was warned, “Never put it near anything magnetic, you will lose all your data” and “Keep it away from magnets or your screen will be ruined”. Assuming it to be true I’ve always followed this advice, keeping anything remotely magnetic away from my beloved iPhone. However, recently I was told that this is an urban myth and my mobile phone could sit happily in a magnetic field all day without suffering any ill effects.

Totally confused by this conflicting information, I decided to carry out some research to find out the truth behind the magnets – smartphones controversy.

It appears that a lot of scare stories originate from the days before the Apple iPhone, Samsung Galaxy, etc. In those simpler times, phones used hard disks to store their data and these disks could be affected by magnetic fields. Today all smartphones use flash drives which do not contain any magnetic components and are completely unaffected by a magnet.

What about your screen disintegrating? That’s not going to happen either. This warning probably dates back to days when PC monitors had a CRT screen, put a magnet near one of those and the picture became distorted. Modern mobile phones use LCD screens so this is not a problem anymore.

So, there isn’t a problem with putting a phone next to anything magnetic? Not quite.

Most modern smartphones have a device called a magnetometer in them. This is a sensor used by the compass app to find magnetic North and can be affected, if only temporarily, by magnetic fields. In fact, manufacturers of Apple phone cases have to make sure their product does not affect the magnetic compass, and this is stated in Apple’s own case design guidelines. You might not care too much if you never use the compass but that’s not the only app that could be affected.

Any game which needs to know which way your phone is pointing uses the magnetometer. Google maps also use this sensor. This very useful app becomes a lot less so if it can’t tell which way you to walk or drive! However, it is a myth that the GPS can be affected, this uses satellite signals to guide you and cannot be affected by magnetic fields.

Another problem, specifically with the iPhone 6 Plus, is the camera stabilization mechanism being affected by magnetic lens attachments or metallic accessories. These can exert a magnetic pull on the mechanism causing it to shake the image while taking a photo resulting in poor picture quality.

From what I’ve discovered, it appears that even very strong magnets will not cause your phone to wipe your data or destroy the screen, but might affect picture quality, the compass and any other app which needs to know which way you are facing. So, there is some truth in the magnets – smartphones warning.

Perhaps I have been a bit too precious with my phone in the past, but I still don’t think I’ll risk putting it near a magnet anytime soon!